A few of our fellow bloggers who write about Encounter Critical have taken up the flag for the EC blog ring. Here's a list the other blogs which participate at the moment.

And, of course; Jeffs Gameblog.

The EC Wiki: The Lexicon of Vanth

Our little ring o' blogs is open to new members at any time. No secret signals or handshakes required, just add your link in the comments.

There are a few of us who write about the S. John Ross retro-classic Encounter Critical. I could list a hand full of bloggers who occasionally write about this game and there are certain to be more which I have forgotten or haven't seen. I've created the following digital badges for any who would care to join me in the creation of an Encounter Critical Blog Ring. Copy and paste the following tags to your blogging content and keep EC scientifically real. 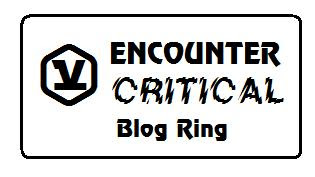 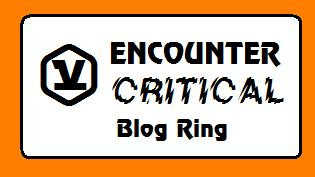 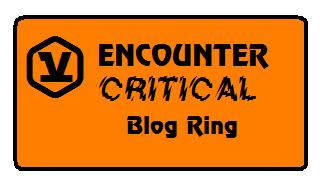 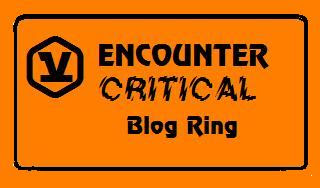 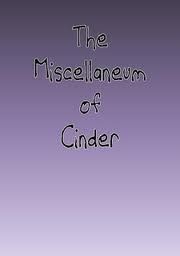 Along with Fight On! issue 1, I purchased The Misellaneum of Cinder from Lulu last month. (I think it was?) This book should need no introduction, now that I think about it, this book should have gotten an Enny nomination last year. The Misellaneum of Cinder is by Jeff “Gameblog” Rients who I was surprised, but not startled, to learn was also a contributor to Fight On! issue 1.

The book is a collection of random charts for designing fantasy role playing adventures. I was never a fan of the random charts as a younger man. I thought the charts form the old game systems looked like they would just lead to chaos. The amounts of treasure in the treasure charts always looked ridiculous too me and I knew that too much treasure would lead to chaos. But, we grow and we learn and, now I can appreciate the helpful, conservative, applications of an occasional random chart or two. Mr. Rients mentions this subject in his introduction to the book; “be advised that no random table can fix a faltering game. However, using input generated from a die chart can damage an otherwise functional campaign.” I interpret this as, use this book for prep before the game, don’t use this book during play.

The book has thirty-eight pages and at least as many charts as pages. The first chart is Monster Mutations which is prefaced with the comment, “Oh, yawn. Yet another stock critter.” The chart contains twenty creative variants that would make any monster a bit more interesting and difficult to handle in a combat situation. I like mutation number eleven, “Extra Head – extra bite, second save versus charm, etc.” I never would have thought of the extra save vs. charm but, thanks to this book, I will never forget to give a saving throw for each head of multi-headed monsters.

The second chat is statistics for Six Sages. Mr. Rients has a very creative approach to naming his npcs with names like Rembo the Denier. He calls his style Retro-Stupid but I think it’s just a great sense of humor. The third chart takes the sages and provides adventure seeds for each of them. Rembo, for example, “needs help moving out of town before the witch hunters arrive.” That should be fun, since he’s a sage, he’ll probably need a caravan to haul all his belongings!

Chart four is a d12 chart titled, “What’s my motivation,” and includes helpful and popular silliness like, “PC owes d6x10,000 gp to Jabba…” Chart five is treasure locations and chat six is “A Dozen Saints,” and popular oaths are listed along with each saint. For example; “ By Bertrand’s bloody bludgeon!” Chart, the sixth, listed twelve Gods of Neutrality. Each god has a very creative name such as, Ituchinnikakya. Chart seven lists the names and descriptions of “ The Loathsome Toad Gods,” including, “AkThay – Mistress of the Hopping Dragons.” That was actually not the Toad God that I intended to list but what the hey? I’m only up to page eleven of the book and I want to start designing an adventure with these charts right away.

Next we have charts for “People you meet” and “Carousing.” The creativity of this book really shows in the Carousing chart. Mr. Rients seems to have devised a system where carousing, which happens between every adventure, could have lasting consequences on the adventuring party. The activities include; romantic entanglements, gambling losses, new tattoos, drinking binge and being robbed. These are the milder problems that the pcs could encounter from carousing.

The book continues with charts for Humanoid Politics, Monster Moodiness, dungeon dressing, lists of magic items and, the old standby, the treasure charts. If you’ve read Jeff’s Gameblog you’ll have a pretty good idea what to expect from the Miscellaneum of Cinder. The books a compact portable print out of the fun ideas common to the blog and I recommend it to anyone who emphasizes the fun in role playing games.

So, I'm surfing the blog-o-sphere, reading and writing and I discover that there's no Eiglophian Press? I know that we all get writer's block, we have to take vacations, family and careers interfere with our free time and sympathize with anyone who has to take a hiatus from blogging. I fear the day that I have to return to the production floor and have no time for blogging or other leisure pursuits.

For the brief time that I subscribed to Eiglophian Press I thought it was one of the most creative and thoughtful blogs in the olden style gaming community. I don't know if the blog's shut down permanently, temporarily or if it's just lost in cyberspace at the moment? I hope it's some spacial distortion in the entree-net but, if it's not, I'm sorry to see you go Mr. Eig and your marry band of Lophians.

Yes, I'm behind the curve a bit here but I believe it has been proven that rpg game content can withstand temporal displacement. I got my issue of Fight On! Issue 1 last month and, as they say, it was worth every cent. The pages of the publication are filled with useful information for fantasy role playing games. The material is presented in the style of older editions of fantasy rpgs. Issue 1 of Fight On! was produced over two years ago, I imagine this was the beginning of what has been termed the Old School Renascence. I don’t care what the movement or philosophy is called, this is the style of rpg design I prefer.

One thing I found interesting about the first issue is the fact most of the writers and the editor use pseudonyms. An attempt, I guess, to insure that the content of the publication, or writers, are free from any copyright claims. I certainly wish I had known that a bound version of the Fight On! issues had been on sale recently. In the months to come I'll be collecting the subsiquent issues of Fight On! and I'll be intrested to see if the use of the pseudonyms continues.