This one's for Dr. Rotwang

I had a gamer geek Christmas, here's the proof

My lovely wife, Sally, is very diligent about using my Amazon wish list when shopping for me for Christmas. I keep the wish list short and loaded with things which will provide me with plenty of enjoyment. Through the Amazon list and verbal suggestions, I got some good gamer swag this year. 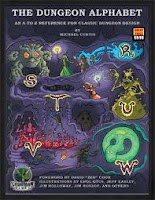 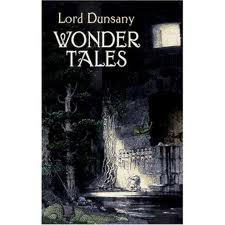 So, here's a tricky thing I did, I knew Santa and I were giving Sally a Kindle so I just mentioned that I'd like the Batman Chuck Taylor High-tops and not the flippin Dark Knight version. I really didn't expect to get the shoes for Christmas but my hints and suggestions paid off and I now have the first pair of Chuck Taylors I've owned since high school. I've been wearing them proudly since I put them on Christmas morning. They don't have the arch support of my other casual shoes, Merrell, but I will not be wearing these Detective Comic kicks to work either. 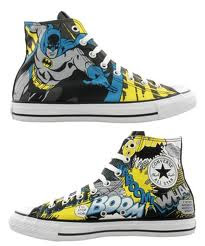 To top the gamer geek themed holiday off Sally and Santa also brought me a Justice League of America t-shirt too. I've never owned a Justice League shirt but I'm sure to be sporting this new one later this week. 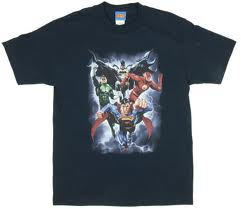 Merry Polyhedral Christmas to all!

And here's a little cake I made for everyone from sugar wafers. It turned out to be a bit to square for a Christmas Tree but I'll give it a try again next year.
Merry Christmas! 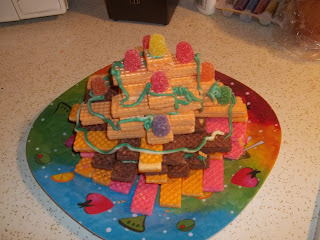 If your a member of my game group, the Adventure Capitalist, you will be getting this for Christmas. 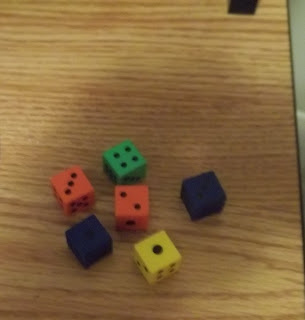 These d6 are erasers that I found at the Dollar Tree, what a perfect low price gift for gamers!

For the past two years and nine months I've been involved with a local game group who meet twice most months to relax and chat at a local watering hole. Here in Knox-vages we have a game forum; Knox Gamers, so our group is called the Knox Gamers Pub Crawlers. A majority of our meetings have been at Union Jacks, a beer only pub in West Knoxville. They do serve food, if you'd like, along with the beverages.

While the ol' Poly-dice Bag doesn't get much local traffic, I thought I'd share this info as further evidence of gaming socialization in East Tennessee. We will be meeting two more times this year, on this coming Thursday and on the 22nd. The Pub Crawlers social schedule can be found at Knox Gamers and there is a Knox Gamers Meet Up group too. If ya just happen to be in West Knoxville at 7pm on any given Thursday look us up!

The Illusionary Cream Jug of Ikas

This silver cream jug may appear in any disused treasure hoard or may be found in a random curio shop. When initially discovered it will be covered with an amount of dust which will give it the appearance of an item of little value. It will be so encrusted with dirt as to make the silver nearly unnoticeable. Once adventurers take possession of the cream jug it will continue to appear in all subsequent treasure piles encountered. The cream jug will randomly disappear from the belongings of the adventures and inhabit a yet undiscovered location of valuables, thus causing potential disagreements within the adventuring party. Each time the jug is found it will become cleaner, the silver will be more apparent due to repeated handling, etc.

This silver cream jug bears an engraving, Ikas, on the underside of the base. The value of the jug is 1000 gold pieces.

(Had previously named this item the Cream jug of the Cosmos. Odds are good I will design another jug using that name some day.)

I was wondering what is, or is not, happening with the Fight On! book of random madness that we all submitted our blood, sweat and tears to a few months ago. I looked at the ODnD forum and found the answer. Calithena says, "I am planning on getting to the limited release hardcovers and the second softcover (issues 5-8) as soon as issue 13 is out. Then the tables book."

So, I'll save my tables for the publication and get back to writing up those magic items I had started based on the short stories of Saki.

House Rules or what we can learn from The Hobbit. 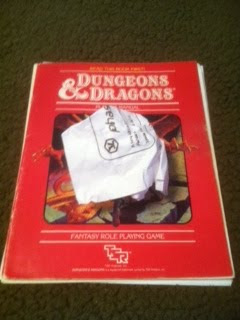 "There's been a lot of talk about this next song..."

Yeah, there has been a lot of talk about frpg rules; what rules do we use, how do we use them, how do they apply, what rules do we add? I have, of course, mentioned that I'm from the rules lite school. I consider ODnD, Holmes Basic and Encounter Critical to be good examples of light rule systems. E.C.s status as a light rule system could certainly be debated. But , for one, there's no d20 in E.C. Conversely, there are all those percentile tables to create fun and confusion.

So, we worry about System X does it this way and System Y does it that way but I say pick a system and stick with it. If you have a problem with a rule or two use the time honored House Rules baby! There have been plenty of blogs written about House Rules too and many suggest that the House Rules should be printed and presented to the players as soon as the use of a new game system, or new campaign is started.

I have said it before and many, many other writers and bloggers point out that a game exists for fun, don't let the rules drag you down. Don't let the rules conflict with your idea for your game and prevent you, as a DM or gaming group, from having fun.

The best example I can provide for altering game rules to your setting would be a save vs. death by poisoning situation. Specifically, poisoning by spiders like in The Hobbit. Bilbo and the dwarfs get lost in the woods and are over whelmed by giant spiders. This would mean almost certain death to any low level characters if most frpg rules were applied as written. 'Cause giant spiders have poison which requires a saving throw thus causing the death of the low level p.c.

What happens in The Hobbit? The spider poison paralyzed the dwarfs who were wrapped in webs for later consumption allowing Bilbo to save them all.

Honestly, I guess the save vs. death aspect of low level encounters had been on my mind for the last two years and I have finally come to terms with my attitude toward this part of the game. I'll use the rules as they practically apply to my adventures and allow those low levels p.c.s to survive. I suggest, when applicable, we all use the rules as you like and fudge if and when needed.

Really, I just wanted to write a blog post that used the above photo.