As I've have mentioned, I play a race as class Elf in our Labyrinth Lord game and leveled up this week. With my advance to 4th level I gain improved saving throws and improved to hit scores. I think these improved saves are where the mathematics of the game play a part in defining the "nature" of an elf.


For a 1st to 3rd level elf the save vs. poison target is 12 which is a pretty excellent saving throw. At 4th level all of my saves are 13 or lower, these are the stats that will eventually allow me to shed the plate mail and begin to feel like an honest elf. (My alignment is neutral so I can feel honest, in character, about nearly anything.) 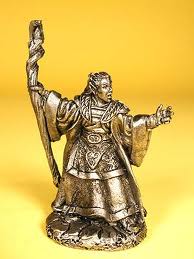 Now, to hire a henchman or two and get the Wand of Magic Missile recharged...!

No door on the west wall. (Polyhedral Newsbag)

Last night, my game group, the Adventure Capitalist, met to play Labyrinth Lord as we do nearly every Tuesday evening. We're in the middle of the game, I'm reading some old notes I had made when I was creating the name for the blog, and I hear our D.M. say, "there's no door on the west wall." I think, "that would be a good name for a blog too." One of the names on the list I was reading was "1d4+4" which is silly stuff but could be a fine name for a blog.


We are playing the Temple of Elemental Evil, yeah we use the Advance Labyrinth Companion. I've never visited the T.E.E. before and, if any of the other guys have they're not ruining it for the rest of us. My character, Leerc Sirc, a race as class elf, just reached level 4. My h.p. is 19 but my A.C. is 3 (plate, of course!) I mostly stay in the back of the party and use my Wand of Magic Missiles or a long bow and need to hire a body guard so I'm not the last guy in our line of adventures.

I've been trying identify what really defines my character as and Elf. I don't believe it's the ability to wear plate and cast spells. Perhaps it's the spell casting and archery and the smarts to use the bow thus improving his chances of survival? I am probably putting too much consideration into the psychology of an imaginary character.

In other news: I'm still working on the layout for the E.C. fanzine #5 and progress is still slow, I'm not going to make my deadline of June 30. I think the middle of July is going to be a more realistic deadline.

But, the E.C. wheels are still churning up in the old noggin. I have had the idea of running an E.C. champaign for a few months and have written some notes to this effect. I'm not sure who I'll get to play this though? I don't think the A.C. will want to part with their Labyrinth Lord fun. But, they have been known to surprise me, our current D.M. might like a break too. More news as this develops, honest!

So, we've had this new Blogger layout for a while now, all year I guess? And, now that I have some spare time to revisit the Blog-o-sphere, I've noticed at least two bugs. 1. Earlier this week some one hacked the blog Save vs. Spells and made it "Personal Financial Planing." I'm sure a few other folks noticed this too. The hacker basically hacked new info into the blog, thus filling up the blog roll.

Which leads to number 2: How do ya delete a blog from you reading list in this new format? I had to go back to the old format to remove Save vs. Spells. Today I found that Embrace the Dungeon was hacked a month ago and changed to "Animal Pets" and filled with advice concerning domestic pets.

Guard your passwords gentlemen, change them early and/ or often. If you go on a hiatus, at least, log into your Blogger/ Google account from time to time to run off the vermin of the entree-net. 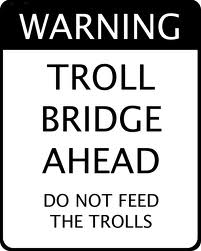 Yes, the Polyhedral Dicebag has risen from it's late spring slumber! And thus, the production of  the Phasic Special, Damnation, Issue is back on track with a production deadline of June 30. But, I need some cover art for the old girl. I know many top-notch illustrators are out their surfing the inter-webs and I'm appealing to one, or two, of you to dedicate your lunch hour to a super doodle of a vehicle of destruction and mayhem on a level that can only be described as scientific realism. Forward any contributions to my e-mail address, which I believe you can find around here somewhere, thanks.