A New Piece for the Encounter Critical Archives

This piece sort of speaks for itself, but for the uninitiated, Thrazar is the model hero of E.C. and Darth Viraxis is the model evil overlord. 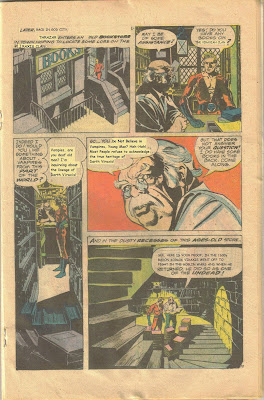 Looks like I need to load this image on to the internet somewhere so everyone can see a lager image, let me work on that a sec. Google Docs didn't want to co-operate and the pdf made it sideways but I posted this image to Scribd, for the fun of it if no other reason.

did you get yours? 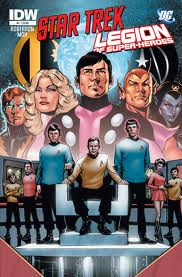 This is a great publication with great art, it just isn't long enough. But, this is only issue one and there is an eleven page bonus comic, a preview of a new Chris Roberson comic titled Memorial that looks very interesting.

I also picked the Deadpool, Fear Itself three part mini series. Deadpool has become my new favorite comic book character 'cause I have no idea who he is or why his suit looks like Spiderman. He seems to be Marvel's version of Booster Gold, except B.G. is a would-be superhero and D.P. is a super criminal. 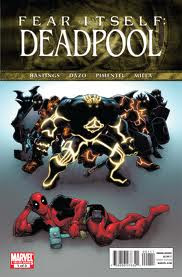 Brak the Barbarian by John Jakes 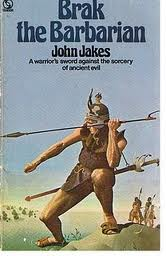 I recently read the pistachio joy that is Brak the Barbarian. I didn’t know John Jakes had written these novels of adventure until I read The Year’s Best Fantasy Stories vol. 2 as edited by Lin Carter. I was familiar with Mr. Jakes for his novel North & South which appeared as television mini-series when I was an adolescent. I have probably mentioned, a time or two, I love the old Swords and Sorcery tales because they are just plain, fun reading. So, I found a copy of Brak the Barbarian through Paperback Swap to study this earlier work of Mr. Jakes.

This first volume of the adventures of Brak is dedicated to Mr. Jakes’ son;
"for my son Michael, who has yet to make the acquaintance of Conan,
The Mouser and Fafhrd, Cugel, or the rest of that splendid company
that Sprague de Camp has so aptly named The Brotherhood of the Sword."

During the entirety of this book Brak has one garment of clothing, a lion skin girded about his loins, and one weapon, a broad sword. While I find it hard to believe, I got the impression he wore the same lion skin through the entire tale. I know the broad sword had to be replaced after he threw the original sword into the eye a T’muk, a giant spider-like beast of the desert which bleeds acid.

Brak is no magician, diplomat or politician. He is just a simple barbarian who wants to journey to the southern extreme of known civilization, to Khurdisan the Golden. Brak’s knowledge of Khurdisan is limited to the rumors of the splendor and glory, beauty and treasures to be found there. As an outside observer of Brak’s world, I have to question why he’d believe the Khurdisan would be any better then the perilous lands which precede it. Perhaps I want to route for the underdog and I just can’t admit that Brak is witless as well as a barbarian.

One of the most memorable passages from the novel is, appropriately, Jakes’ description of one of many of the vile beasts which Brak is forced to face in combat;
"Arrowing towards him came a thing of great slimness but immense length. It had a flat, milky-blind eye in either side of its head. The head looked malformed because it widened out twenty times the thickness of the creature’s body and fanned, flicking tail. Gillslits as tall as Brak himself throbbed open and shut just above the water."
...
"Brak realized dimly that the monster must be some vile crossbreeding of life forms older than time. It was able to lift its long fish’s body half out of the pool by means of a series of froglike webbed appendages down either side of its shimmering scaled body. Brak counted eight, ten, twelve of those webbed half-legs on one side. They churned in a rhythm like galley oars as the Fangfish bore down."

In each chapter Brak faces a unique monster, each a new and deadly opponent from the imagination of Mr. Jakes. These creatures would be right at home in a fantasy role playing adventure If you’re looking for some new plot hooks, Brak the Barbarian could be research material for you.